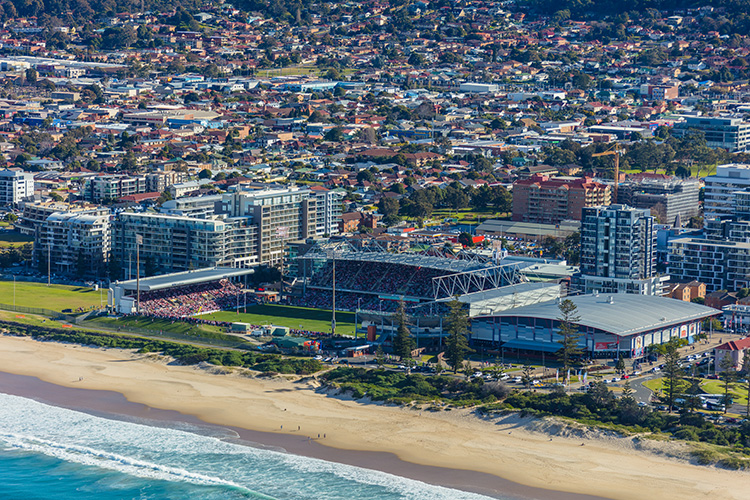 WIN Stadium has a capacity of 23,000 with approximately 13,000 seats undercover. The field can accommodate international standard rugby league, rugby union and football.

WIN Stadium is one of the home venues of the St George-Illawarra Dragons who play in the National Rugby League (NRL). Other users of the stadium include the Wollongong Wolves (Football) and Illawarra Steelers.

WIN Entertainment Centre is a multi-purpose arena. The main auditorium has a maximum capacity of 6,000 with flexible configurations that can host various events, including concerts, dinners, seminars, conference, school formals and exhibitions. WIN Entertainment Centre has been the ‘home-court’ for the Illawarra Hawks National Basketball League (NBL) team, hosting regular season home games, and any other finals-series home games.