Australia Confirmed As Host Of Rugby World Cup 2027 And 2029 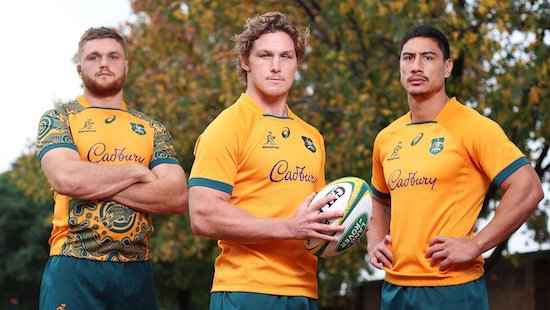 The Rugby World Cup is returning to Australian shores, after World Rugby confirmed Australia as the host of both the 2027 and 2029 tournaments.

The announcement, which follows a vote by World Rugby Council in Dublin, means Australia will become the first country to host the showpiece men’s Rugby event for a third time in 2027 (following the inaugural event in 1987 and then again in 2003), while also welcoming the women’s tournament for the first time in 2029.

Rugby Australia Chairman Hamish McLennan said: “This is a historic day for Rugby in Australia.
We’re beyond thrilled to be welcoming not one, but two Rugby World Cups to our shores.

“It’s a game-changer for Rugby in this country, a once-in-a-generation opportunity to revitalise and secure the future of the sport here and see the game we all love grow and thrive for years to come.

“I’d like to thank our Federal and State and Territory Governments for the belief and support they’ve all shown in Rugby Australia’s bid over the last four years. This is a bid that has received unanimous bi-partisan support. The shared enthusiasm of our government partners for our vision to bring Rugby World Cup back to Australia has helped demonstrate that we are a safe pair of hands and ready to welcome the world.

“I would particularly like to acknowledge and sincerely thank our formidable Bid Advisory Board, chaired by Sir Rod Eddington AO FTSE, the Rugby Australia Board and CEO Andy Marinos, along with the Bid Team led by Wallaby great Phil Kearns AO and Anthony French, for their tireless work throughout this campaign.

“Today’s announcement is also the result of an incredible amount of hard work and cooperation from across the Rugby community over many years. It is a project that has been a constant source of inspiration for our code through some challenging times in recent years and we have

worked in lockstep with our Member Unions throughout the bid campaign, united by our common goal of growing this great game of ours.

“Today is a significant moment in time for our game. I look forward to working together with our Member Union and Government Partners over the coming years to ensure that we make the most of this opportunity and continue the resurgence of Rugby in this country."

Rugby Australia CEO Andy Marinos said: “This is an incredible day for our Country and our game and in many ways, the start of a new era for Australian Rugby.

“Through Rugby World Cup 2027 and 2029 we look forward to sharing this great game, showcasing our beautiful and diverse country and its people and importantly growing the sport in communities all over the country.

“We now have a golden decade of Rugby in front of us, with the British & Irish Lions series in 2025, Rugby World Cups in 2027 and 2029, 2032 Olympic Games and a host of international men’s and women’s teams due to visit Australia for XVs and 7s fixtures. Australia will become the centre of the Rugby world over the next decade and that is incredibly exciting.

“This is a chance to grow in every sense of the word, providing aspirational pathways and unprecedented investment and support for our players, from the grassroots to the elite, in our infrastructure and in our people.

“So to all of the boys and girls out there who dream of playing for their country, I hope that today provides you with an incredible level of excitement about what you can do in our great game of Rugby - playing for your country in some of the biggest sporting events in the world on home soil.”

Executive Director of Australia’s Bid, Phil Kearns said: “What a brilliant day for everyone involved in the Australian Rugby community and also in the Pacific region.

“We’ve connected with hundreds of thousands of Australians throughout the bid campaign and their passion and enthusiasm for the game is incredible. Today is just reward for the hard work and support they give to the game on a daily basis.

“Rugby World Cup is coming home to Australia in 2027 and 2029. We are all committed to make the most of this golden opportunity.

“This is also a significant moment for our neighbours in the Pacific and we want it to be embraced and treated as a home world cup by players and fans in the region. We look forward to working with our government partners and our colleagues at World Rugby and Oceania Rugby to deliver a legacy program that ensures this is achieved and the impact of the tournament extends into the Pacific region. Game on!”

Rugby World Cup 2027 Bid Advisory Board Chairman, Sir Rod Eddington AO FTSE said: “It has been a real privilege to chair the Rugby Australia Bid Advisory Board. We have been incredibly fortunate to have a board full of wonderful, dedicated Australians who all believed in the opportunity to bring Rugby World Cup 2027 and 2029 to our country. To each and every one of them, today, we say thank you.

“I would also like to acknowledge and thank the Members of the World Rugby Council, World Rugby Chair Sir Bill Beaumont, CEO Alan Gilpin and the broader World Rugby team for all their work and partnership over the past two years as we have progressed through the bidding process.

It is a terrific opportunity and a real honour that has been granted to Australia in being the first country in the history of the game to deliver consecutive Rugby World Cups and to host three Men’s Rugby World Cup.

“We are grateful to World Rugby for the trust and belief they have shown in our vision to deliver an exceptional tournament experience for players, officials and fans under the new partnership hosting model. We look forward to working with Sir Bill, Alan and the team over the coming golden decade and welcoming the Rugby world to our shores in 2027 and 2029. Game On for Australia and Game On for World Rugby!”

Hosting Rugby World Cup 2027 and 2029 in Australia is projected to generate $2.8 billion in direct and indirect expenditure to the economy, while also creating 14,000 FTE jobs and stimulating more than $500 million in new trade and investment.